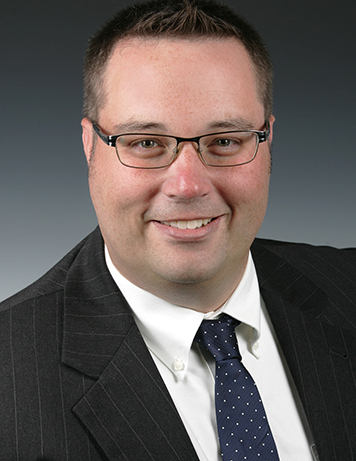 Employers seeking intelligent, tenacious employment defense counsel find all this and more in James “Mac” Heslep. Mac is a Clarksburg litigation defense lawyer specializing in employment law, including employee benefits, human resources counseling and training, and compliance. Of particular note are his skill and experience in federal and state workers’ compensation matters and his work with benefits coordination.

Mac earned his bachelor’s degree from the College of William & Mary and his law degree from West Virginia University. His clients include construction, energy, manufacturing, mining, and utility companies. He has extensive experience representing employers before the Workers’ Compensation Office of Judges, the Workers’ Compensation Board of Review, and the West Virginia Supreme Court of Appeals.

Prior to joining Jenkins Fenstermaker, PLLC in 2017, Mac was a member of Steptoe & Johnson, PLLC. He has represented employers in civil cases involving allegations of deliberate intent and workers’ compensation discrimination. He has also developed a significant federal practice as a black lung defense lawyer.

Mac’s work on cases such as Gill v. City of Charleston, 783 S.E.2d 857 (W. Va. Sup. Ct. 2016) and Swain v. Pioneer Pipe, Inc., 791 S.E.2d 168 (W. Va. Sup. Ct. 2016) and his continued success and reputation for reliability have brought his name into the spotlight. He has been invited to speak on workers’ compensation topics by the West Virginia Offices of the Insurance Commissioner, the West Virginia Self-Insurers Association, the West Virginia University Institute of Occupational and Environmental Health, and the SEAK National Workers’ Compensation and Occupational Medicine Conference.

Mac is also proud to work with his community as a member of the Fairmont State University Industrial Advisory Committee, where he helps to set the curriculum for the occupational safety program.

While Mac dedicates much of his time to fighting on behalf of employers in West Virginia, in his off-time, he’s a devoted family man and sports fan. Mac’s love of sports began in his youth while playing rugby, a sport that shows who has the willingness to make sacrifices and the determination to keep getting up when knocked down. He loves the history and science of the timeless sport of baseball; the skill and athleticism of basketball; and the ferocity and tenacity of boxing.

His favorite place to be in the evenings is at one of his kids’ soccer or baseball practices, proudly watching their personalities emerge through the action. He is a firm believer that participation in sports helps to teach confidence and resilience. As a true WVU fan, you can also find him cheering on his law school alma mater at Mountaineer basketball and football games.

Board of Directors, CrissCross Representative Payee Services, 2006 to 2011